Whether it’s the pleasant creeps in a holiday camp, cleaning a virtual car or building an animal cult: the following ten video games, all of which were released in the past few weeks, make you forget the dull September gray:

»The Quarry«: Horror game by Supermassive Games, for Playstation 4 and 5, Xbox Series and One, and PC. USD from 17, about 10 hours of gameplay

Horror is especially good in video games. Because the players have to watch, they have to decide, they have to keep going. They are the ones who, when in doubt, lead the characters to their undoing. So the interactive makes the game even scarier. The Quarry shows that quite well, even if it doesn’t offer much that is new.

In a summer camp, the players take on the roles of nine teenagers, who quickly get the feeling that their summer holidays are anything but harmonious. Predecessors like “Until Dawn” introduced the basic gameplay. In the course of the game it is necessary to make sometimes serious decisions that decide whether the various protagonists die or survive. So there are different ways through this game, which result purely from the actions of the players.

No game on this list is easier to explain than the » Powerwash Simulator«: You use a high-pressure cleaner to clean cars, terraces or house fronts. The beam is aimed at the dirty spot in a first-person view, which then gets – clean. It is probably this very simple but satisfying game idea that has made »Powerwash Simulator« so successful.

In the past few weeks the game has been closed a small phenomenon. Players shared videos of soothing cleanliness on social media. And the question was pursued in articles

, why this game principle fascinates so many people. Could it be because the simulator is finally making the direct effect of our work, i.e. cleanliness, noticeable again? Or just because it’s fun to chase the dirt off surfaces with high pressure? The truth is probably somewhere in the middle. 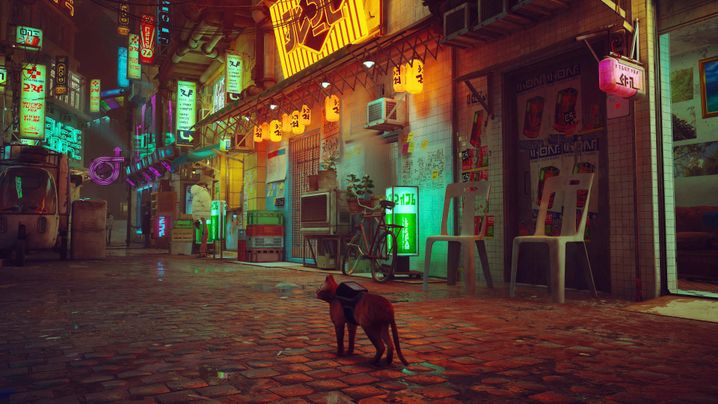 »Stray«: Adventure by Bluetwelve Studio, for Playstation 4 and 5 and PC. USD from 11, about 10 Hours Playing Time

In addition to a high-pressure cleaner, a cat has also caused a sensation in recent weeks. Because in »Stray«, the players take on the role of a street cat that is separated from its fellow cats due to unfortunate circumstances. She ends up in a dystopian off-world where robots behave strangely human-like. Now it’s a matter of finding the way back to daylight – and discovering how this dark world came into being.

»Stray« plays itself pretty well known: the cat can jump to higher levels, squeeze through bottlenecks or, with the help of a helpful drone, scan the area for clues. The special charm of the game is the behavior of the four-legged protagonist. For example, when the cat throws cans from a cupboard, gropes around on a piano or gives a heartrending meow. Scenes like these are exactly what have been shared thousands of times on the internet and are apparently fascinating even for real cats

»Two Point Campus«: Building game by Two Point Studios for Playstation 4 and 5, Xbox series and One, Nintendo Switch, Linux, Mac and PC. USK from 0 years, about 30 Hours of play

What goes into a good university? Seminar rooms certainly. libraries and lecture halls. A canteen and definitely also a shop where you can buy stationery. Because a university is actually similar to a small village – but you can now build some of them in a number of development strategy games.

»Two Point Campus« offers players the opportunity to become the head of a university. They build the buildings and network the campus with each other. But they also have to take care of the students. Do they have accommodation and nightlife to match in the area? Do you feel comfortable in the university premises? And what do you actually want to study? All this and more has to be organized in »Two Point Campus«. But always with a good pinch of humor. Just like in a good university.

Particularly suitable for: People who want to throw themselves back into university life – but this time from the other side. 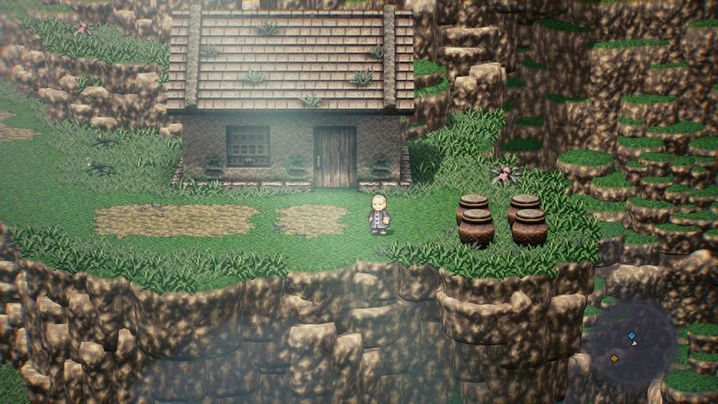 It was a bit strange that »Live a Live« got a remake of all things. The role-playing gamewas published for the first time for the Super Nintendo – but only in Japan. It has never achieved such fame as “Secret of Mana” or “Final Fantasy 6”. In the end, the reason for the decision to remake it may have been simply that »Live a Live« still plays very well today.

First of all it is the visuals that have been adjusted in this game. Square Enix calls this style, which was also used in »Octopath Traveler«, »HD-2D«. He’s also really pretty to look at and vividly resurrects old villages, dungeons and demons. The special thing about the game is its setting, which is divided into seven epochs, from the Stone Age to the Middle Ages to the Wild West and finally to the distant future. In between, a story is told about the various protagonists, each of whom has to face a major opponent.

Particularly suitable for: fans of old-school role-playing games, who want to experience both nostalgia and a modern look.

»Cult of the Lamb«

»Cult of the Lamb«: Roguelike management adventure by Massive Monsters, for Playstation 4 and 5, Xbox Series and One, Nintendo Switch, Mac and PC. USD from 11 years, about 15 hours of gameplay

From the cat we come to the sheep. A possessed sheep, to be precise. A possessed sheep who wants to build a cult. And this is exactly where the players help the sheep. »Cult of the Lamb« is a really crazy game that combines different genres. A roguelike in which randomly generated dungeons are to be explored and a number of monsters to be slaughtered. A development game in which a functioning cult community including agriculture and ritual performance are to be organized. And a management simulation in which the health and cleanliness of the community is optimized.

»Cult of the Lamb« as a successful mix of genres that doesn’t take any of its ingredients seriously, thereby creating a game structure that can entertain for many hours.

Particularly suitable for: People who like to experiment with and in their games. 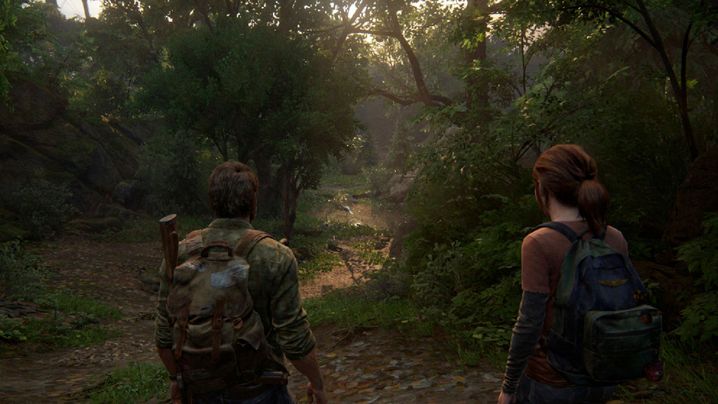 »The Last of Us Part I«: Action-Adventure by Naughty Dog for Playstation 5. USK from 19 years, approximately 15 hours of gameplay

Of course graphics aren’t everything. But there are games that become even more intense with better graphics. The Last of Us Part I is one such game. It was first published 1012 for the Playstation 3. A year later it appeared as a remaster, with improved graphics, for the Playstation 4. Now the remake – a completely renewed one Gaming experience with a significant leap in graphics and gameplay modernizations. This includes new accessibility options such as haptic feedback or auto-target. The enemy AI has also been overhauled, making the claustrophobic experience of the post-apocalyptic world even more terrifying.

But beneath all the modernization and updating, there is a story about loss, trust and shattered humanity. Players follow Joel through the remains of a decayed civilization infested with zombie-like beings. The path is meant to lead to the salvation of mankind – whatever that may mean. »The Last of Us Part I« tells a story that is still worth experiencing almost ten years later.

Particularly suitable for: Gamers who want to experience a captivating story and don’t shy away from horror.

»Shin-chan: My summer vacation with the professor«

»Shin-cha n: My summer vacation with the professor«: Adventure by Neos for Playstation 4, Nintendo Switch and PC. USK from 0 years, about 11 hours of gameplay 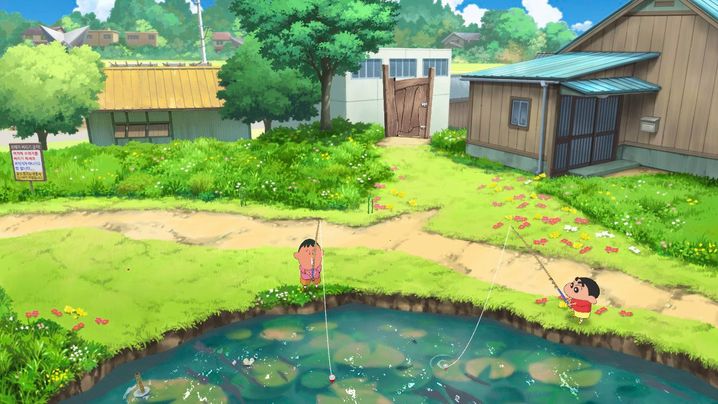 Shin-chan, who some from the same names Manga and Anime is likely to be on summer vacation. As nice as that may sound, on this idyllic vacation, the boy is doomed to experience the same day over and over again. Instead of letting it stress him out, Shin-chan uses the time to stick photographs on his diary, meet the residents of the resort, or just go fishing.

Shin-chan: My Summer Vacation with the Professor is a stress-free game that brings back memories of childhood vacations. Sunny summer days that hardly want to end and in which everything seems carefree. »Shin-chan« is a wonderful game for a gray autumn day, especially due to the grandiose graphic style, the charming town and the calmness of the entire gameplay.

Particularly suitable for: People who long for the sun and would like to spend a few nostalgic vacation days as a child.

»Immortality«: Interactive film by Sam Barlow for Xbox Series and One, Android, iOS, Mac and PC. USD from 15 years, about 6 hours playing time 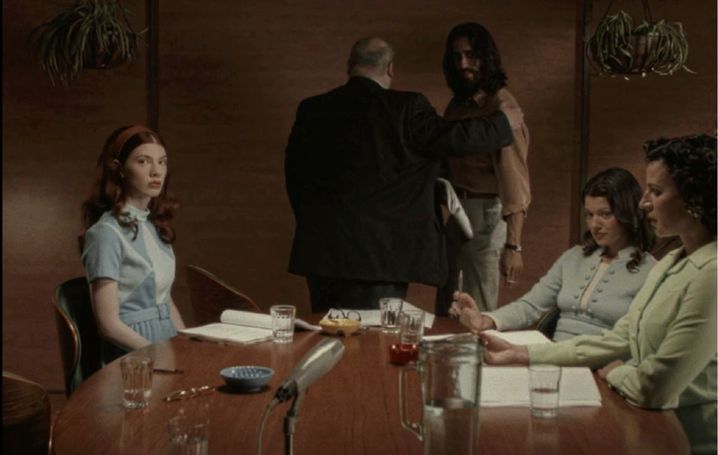 Like »Her Story«, »Immortality « from scenes acted by real people – very well acted in fact. This time the players are on the trail of an actress who has acted in several films that have never been released. The actress has since disappeared, and somewhere in the many shots of her, the answer to where she is may be hidden. So it is important to look at the footage, to pay attention to objects, people and dialogues, to create context from different clips and to bring together threads that are never obvious at first glance.

»Immortality« is, if you like, a detective game that the players themselves cannot influence very much. You hardly control anything here, you don’t change any history. Instead, they observe closely and, at best, eventually recognize patterns and key moments that bring them closer to the actress’ disappearance.

Particularly suitable for: Players who have a good grasp and like to combine.

Splatoon 3: Shooter by Nintendo for Nintendo Switch. USK from 6, about 10 Hours for single player 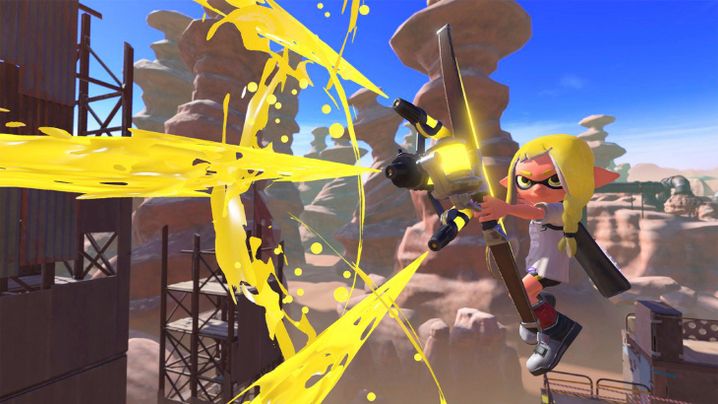 Basically nothing has changed – and that’s a good thing. As before, the players in »Splatoon 3« take brushes, paint guns or rollers in their hands to paint the arenas of the game with the color of their team. At the end of a match, the team whose color covers most of the terrain wins. Ever since the first part of »Splatoon«, which was released for the Wii U, these simple game mechanics have been a lot of fun.

Of course it brings third part also some innovations. Other weapons, such as the splatana, which can be used like a katana. New arenas are of course included, as well as an expanded selection of game modes. In so-called Revierdecks, for example, it is important to lay out cards on which color blocks are shown on the playing field in such a way that in the end your own team is at the me has occupied space. The innovations have all been successful. Ultimately, however, »Splatoon 3« is still a fast-paced color shooter that is a lot of fun, especially in online games, thanks to its simple but challenging game mechanics.

Particularly suitable for: People who enjoy playing shooters with a twist and prefer color to blood.

“Arielle, the mermaid”: This is how children react to the new trailer